I once had a beautiful pair of black leather gloves that belonged to my great aunt. I loved the fine old fashioned leather and they fitted my hands perfectly. I could do almost anything when wearing them, even type on a keyboard on a cold Canberra morning. One day one of the gloves went missing. Now, some eight years later I still keep the other glove in the hope it's partner will return. Sometimes I see the lonely glove in my cupboard drawer and think it is ridiculous keeping a glove that just serves to remind me of the annoying loss, but I can't bring myself to throw it away.

Over the past few years I have started noticing lost gloves everywhere. I see them hiding under bushes, wedged between fence palings, hanging from tree branches and often squashed on the road. How long has it been there? Will someone come back for it? They are often forlorn, but not inanimate. At times they appear caught in the act of crawling away or waving hello. The gloves themselves are sometimes moulded to the shape of someone's hand and are an intimate association with a stranger. I like them because they evoke something of the absurdity of life. They are a symbol of the everyday frustration of losing things and how easily we can be tormented by our attachment to material objects.

Initially I photographed the gloves in-situ to try and capture their character and left them untouched. I thought they would have the best chance of being found if left in the place the were lost. Sometimes by the next day the glove would be gone, sometimes the glove would have been moved, but often it would not move for days. Recently, after witnessing a rather nice red leather glove deteriorate in the rain, I have decided to intervene and become the saviour of lost gloves (or a lost glove thief!). 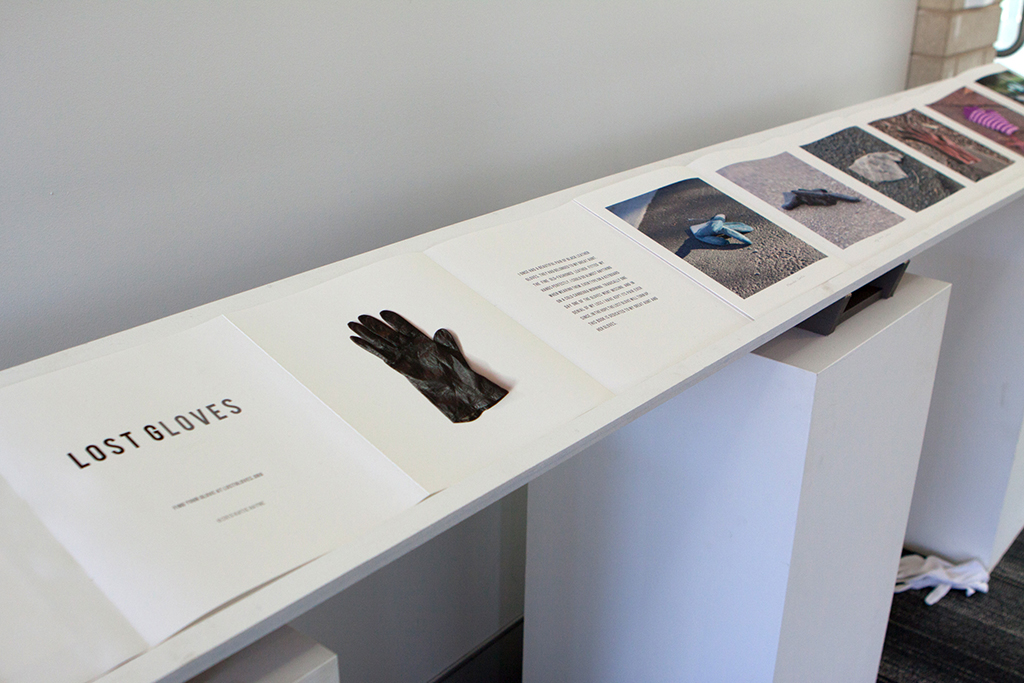 'Lost in the City', photo essay in Axon Journal