On the Edge of Urban Renewal - HDR Season One 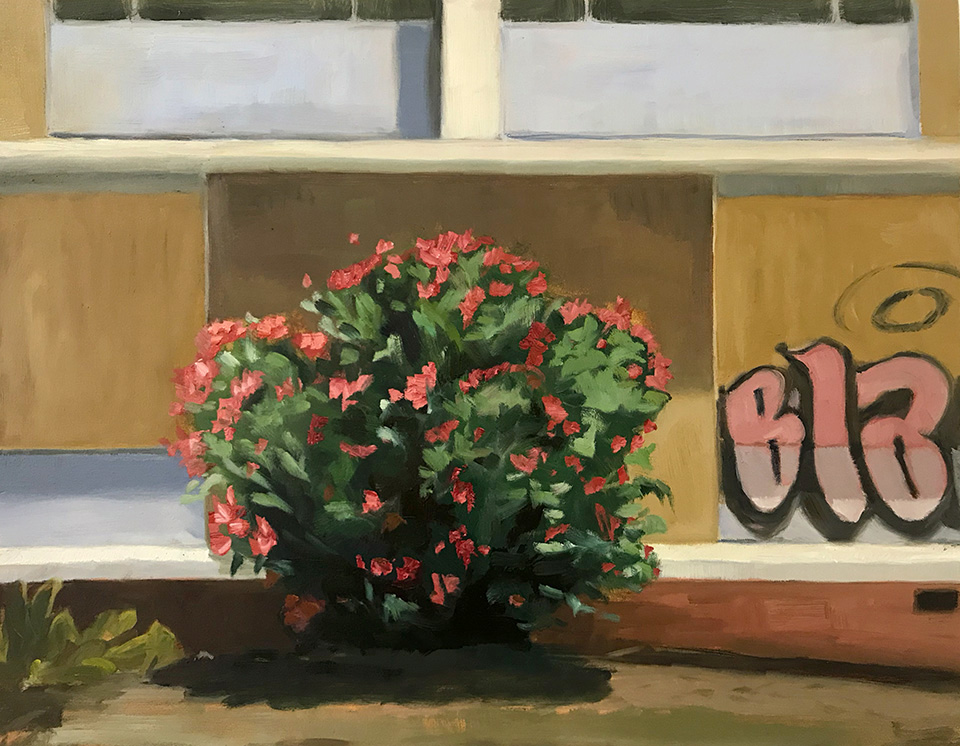 My Masters of Philosophy exhibition is up at the ANU School of Arts & Design Gallery!

This exhibition is free and open to the public during Gallery hours; Tuesday to Friday 10.30AM – 3.00PM

Over the past four years I visited Canberra’s public housing precincts as they were undergoing urban renewal. As an artist and long-term Canberra resident, I wanted to document the dramatic changes occurring and the impact on the people that lived there. The iconic modernist architecture of the Northbourne Housing Precinct and Northbourne Flats was originally modelled on European community and workers' housing and Bauhaus design principles. In the past decade the ACT Government has argued the housing had aged and was no longer fit for purpose. A controversial urban renewal project was proposed that would see the land sold and residents moved to new or alternative housing, primarily in the outer suburbs of Canberra.

I set out to explore how painting and drawing, in combination with ethnographic methods, can contribute to understanding a contested place. A key aspect of my project was to talk with the housing residents. I used drawing and painting as a way to do this, whether it was through meeting people as I sketched in the street, or eliciting discussions in response to my paintings. My artworks include the residents’ voices in various ways, through the use of titles and text. As the urban renewal project progressed, the tenants were displaced and the buildings were left to deteriorate.

The work in this exhibition demonstrates how I extended my painting practice with found objects and video in response to my shifting relationship to the housing precincts. I began to question my ability to speak about the experience of residents and consequently came to recognise my position as being on the edge of place. This is evident through my focus on fences, facades, doors and windows. In the video 'Stuart Flats Going' I occupy the edge of a demolition site, documenting my efforts to capture the disappearing buildings. This work aims to reflect my view from the periphery, the consequences of the urban renewal project and the limits of representation.